I want to Volunteer

In May 2015, 225 firefighters from around the world travelled to Calgary to take part in the inaugural Firefighter Stairclimb Challenge and ascend the 775 vertical feet (more than 1204 steps) of THE BOW building in downtown Calgary in support of Wellspring Calgary, a local charity that provides programs, resources, and support to people living with cancer. In 2018, over 500 firefighters had registered to climb the BOW Tower.

Eager to learn more about her brother and the Firefighter Stairclimb Challenge, in 2015 Encana interviewed Kathy about her story.

Seattle’s Firefighter Stairclimb is a huge annual event that is very well supported. Plus it’s only for firefighters and they do the climb in full gear. When I first thought of a stairclimb as a way to honour my brother, Gord Paul, and all firefighters, I knew I didn’t want to start small. The Seattle stairclimb really inspired me to think big and believe in my vision. After all, second-best wasn’t good enough for my brother and it isn’t good enough for any firefighter.

I needed to do something that would make an impact and raise awareness among the general public about the health risks firefighters face every day on the job.

THE BOW building really made a Calgary version of the Seattle stairclimb feasible. Not only is THE BOW a landmark building for Western Canada, it’s also the perfect height for this type of challenge – 55, 15 ft floors designated for the climb, and 3,438 ft above sea level. By comparison, the Columbia Center in Seattle has firefighters climbing 69, 11ft floors and sits at 106 ft above sea level.

Thanks to the incredible support of the Calgary Fire Department, the Calgary Firefighter Benevolent Fund and Wellspring Calgary, along with the great cooperation of Encana and THE BOW, we’ve been able to create our very own world-class firefighters’ stairclimb challenge right here in Calgary.

How meaningful is this event to the legacy of your brother’s career as a firefighter?

Gordy loved being a firefighter and a diver. In a way he was an “accidental” firefighter, signing up because a friend did! However, once he had joined, firefighting became his life. Knowing how he loved what he did, you can just imagine what losing his job to work-related cancer did to him. Not being able to dive or fight fires was the first devastating blow. Then over the course of three years, he lost his eyesight, his mental cognition and eventually his life.

Gord would never want anyone to suffer like he did, especially not his brothers and sisters in the firefighting service. He’d be so proud of this event and how it’s raising awareness of the terrible presumptive cancers faced by firefighters in the line of duty. Knowing that his suffering could in some way serve others and improve the situation of his colleagues – that would be legacy enough for Gord. 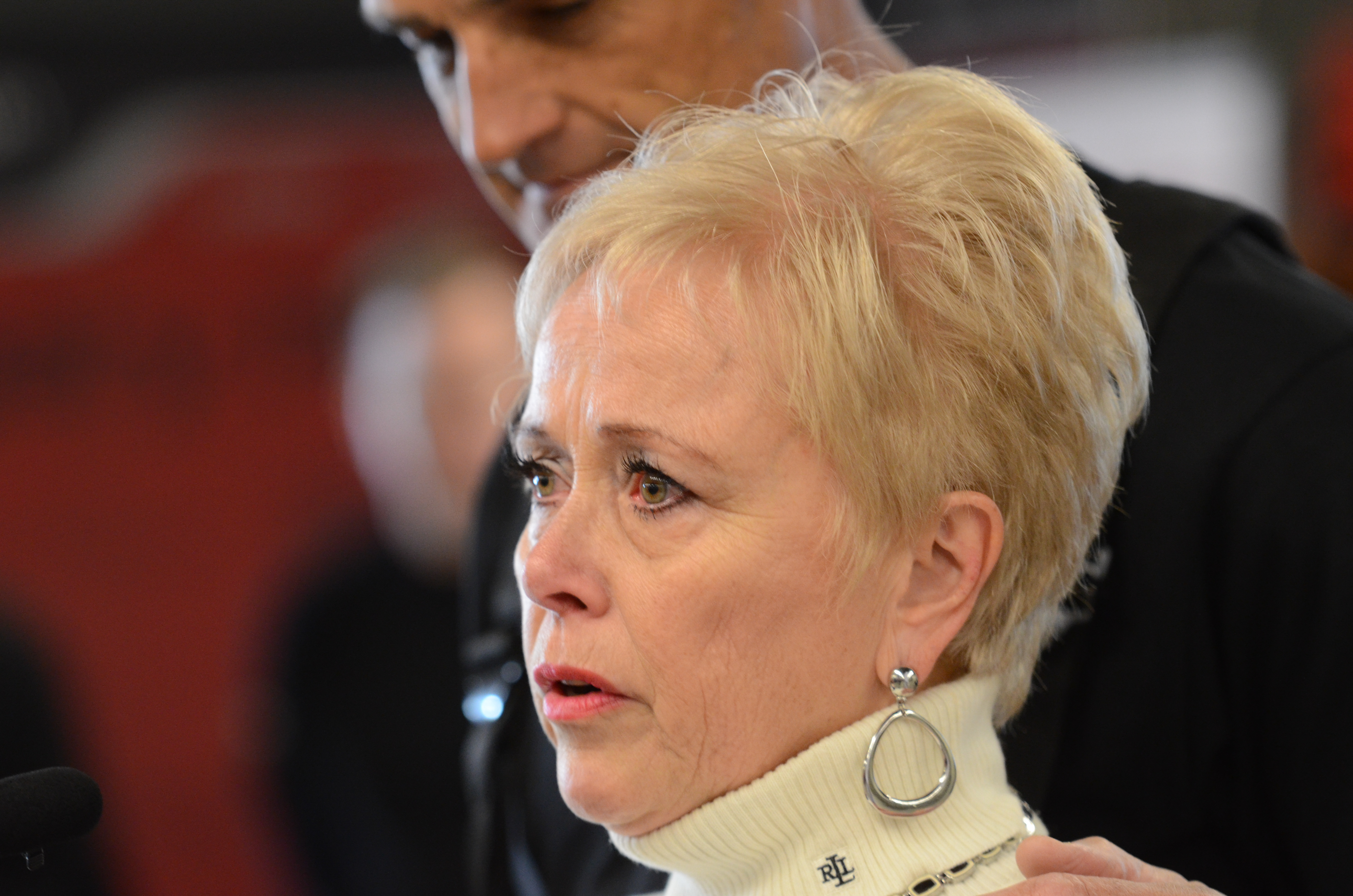